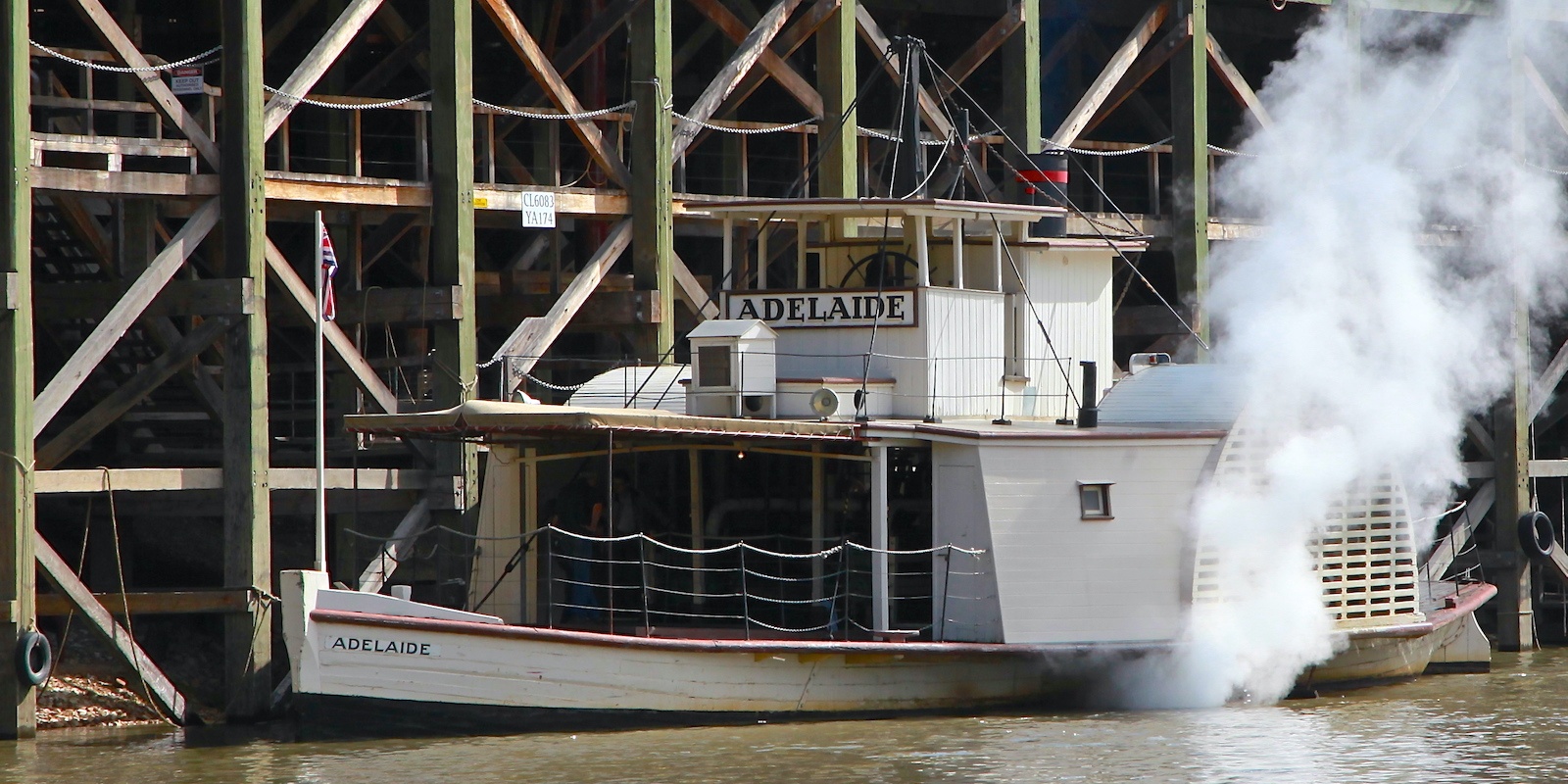 Engine The engines (direct acting engines) were built in Melbourne, Australia by Fulton and Shaw. She is not only the oldest but her boiler & engines were all Australian made.

How did she get her name?

PS Adelaide is rumoured to be named after Her Majesty Queen Adelaide; ‘Adelaide’ was also a popular ‘ladies’ name during the riverboat trade era.

What job did she do?

She was used by her original owners to transport wool to Echuca from nearby stations.  She was also a part-time passenger boat, bringing the ladies to town to shop.  When PS Adelaide was purchased by the Murray River Sawmill Company, she began her long life as a logging steamer.

How did she do her job?

PS Adelaide towed 4 empty barges upstream to the Barmah Forest to collect the red gum logs.   The logs that were being transported were tied with chains to logs that stretched across the deck.  The cargo then hung down in the water.  PS Adelaide would then bring the load home to the mill in Echuca.

What happened after the river trade era?

In 1957 Murray River Sawmills started to use trucks to transport the logs and the PS Adelaide was sold and went to South Australia.  In 1960 she plied the Murray River back home again and remained there until 1963.  Because of the rise and fall of the river, a group of dedicated people tirelessly adjusted the ropes daily to prevent the unused boat from tilting hazardously on the bank.  Eventually, she was raised out of the water by a series of locks and placed in the Hopwood Gardens where she remained for 21 years until restoration finally began in 1980.  In 1984 PS Adelaide was refloated and in October 1985 she was recommissioned by Her Royal Highness the Princess of Wales during a Royal visit to celebrate Victoria’s 150th Anniversary.

What does she do today?

Today, PS Adelaide operates at the Port of Echuca as a passenger boat carrying 49 passengers per trip.  On special occasions she even tows one of her four original barges, the D26.

What is special about PS Alexander Arbuthnot?

PS Adelaide is special because she is the oldest wooden hulled paddlesteamer still operating on any river in the world.  She is also 100% Australian made, with both engines & boiler made in Melbourne Australia which is unlike the PS Pevensey and PS Alexander Arbuthnot that came from England.